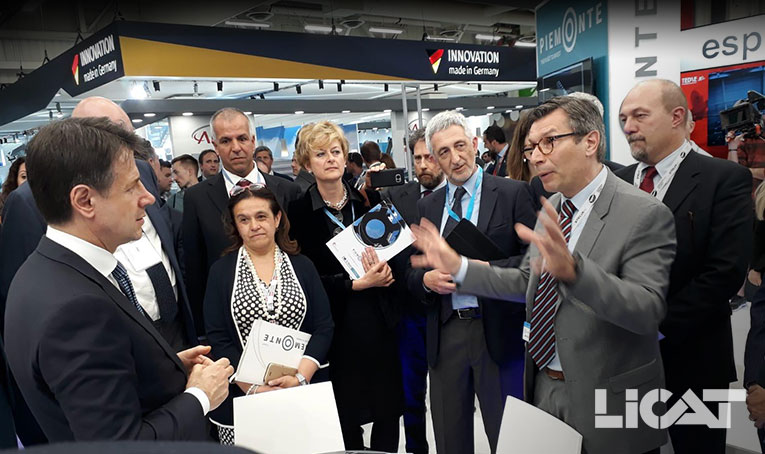 We are participating in the Paris Air Show 2019, the international aerospace fair from 17 to 23 June. The Italian Prime Minister Giuseppe Conte arrived in Paris on the first day, followed by the Minister of Defence Elisabetta Trenta, whom we had already met in 2018 at the Farnborough International Air Show.

June 17th has been a very important day with the presence of French President Emmanuel Macron, who inaugurated the 53rd edition of this event. One of the most important international fairs in the aeronautical and aerospace sector, born over a century ago, which takes place every two years. 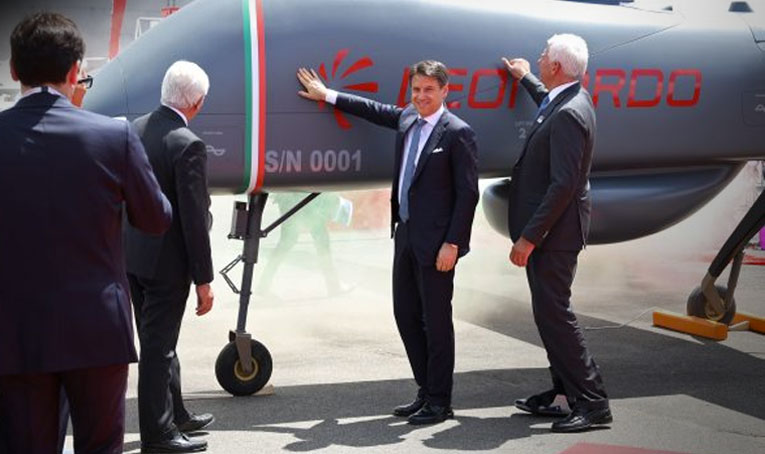 President Conte began his tour in the world of aerospace in the area of Leonardo-Finmeccanica, accompanied by the President of the Italian Space Agency and the Coordinator of the Interministerial Committee for Space, Admiral Carlo Massagli. They witnessed the presentation of the new innovative drone FalcoXplorer, an unarmed aircraft that will be used for territorial surveillance.

We then had the honour as Licat (certified mechanical company, specialized in high precision gears for the aerospace sector) and as Aencom (Cluster specialized in aero propulsion) to receive both Italian authorities in the magnificent PIEDMONT Stand. We welcomed Prime Minister Giuseppe Conte and the day after the Minister of Defense Elisabetta Trenta, in order to express the value we offer in this constantly evolving international market.

We were honoured by their presence, which enhances the Made in Italy mechanical industry, with a specific focus on the industrial area of ​​Piedmont of which we are proud to belong. It has always been a point of reference for the metalworking industry. The Piedmont of Aerospace as defined by the Piedmont Region, brings together 35 Piedmontese companies at the International Paris Air Show of Le Bourget, to present services and technological excellence to the international market of the sector. We are proud to be a part of this. 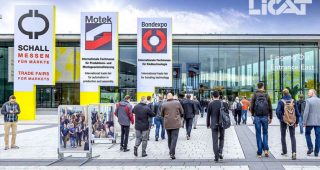 We are participating at Motek in Stuttgart in Germany, the fair dedicated to construction technologies, industrial handling, robotics plants,...

We are participating in the Paris Air Show 2019, the international aerospace fair from 17 to 23 June. The Italian Prime Minister Giuseppe Conte...